As in most PCR reactions, two primers are per target DNA sequence are required. To splice two DNA molecules, custom primers are used to extend DNA ends that are to be joined. For each molecule, the primer at the end to be joined is constructed such that it has a 5′ overhang complementary to the end of the other DNA fragment. Following annealing when replication occurs, the DNA is extended by a new sequence that is complementary to the DNA molecule. Once both DNA molecules are extended in such a manner, they are mixed and a PCR is carried out with only the primers for the far ends. The overlapping complementary sequences introduced will serve as primers and the two sequences will be fused. This method has an advantage over other gene splicing techniques in not requiring restriction sites. To get higher yields, some primers are used in excess as in asymmetric PCR. Ref 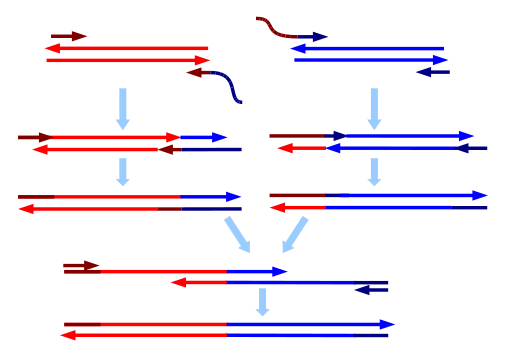 The use of PCR to splice two sequences together with primers that are complementary to both sequences. The dark blue & dark red lines represent the RNA Primers. The arrowheads represent the 3′ -OH ends of the chains. Credits

At Civic Bioscience, we often use OE-PCR to fuse multiple DNA sequences together for the purpose of:

Easily assemble up to 5 DNA fragments with CU101 pEASY-Uni 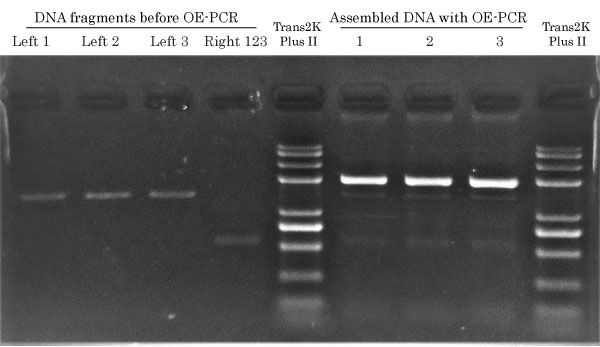 ⇒ Cytosine can be spontaneously deaminated to form uracil.

⇒ Cytosine in native DNA is estimated to deanimate with a rate constant of 10-10/sec at 70°C. 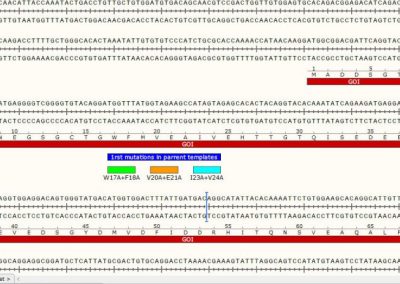 Only 1 mutation is present in each three different parental plasmid templates. All three are depicted here on the same DNA sequence for simplicity. 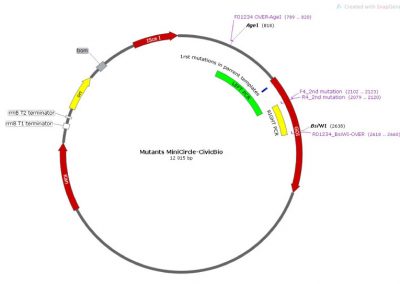 Map of the minicircle templates used for overlap extension PCR.

3 individual minicircles are used as template for PCR for combining the 1rst mutation (either 3 of them) with a 2nd mutation. The region amplified by the LEFT PCRs (for Left 1, 2 and 3) is shown in green. The common RIGHT PCR region used to add the 2nd mutation is shown in yellow. The 3 LEFT PCRs and the RIGHT PCR were amplified using Fast & Steep PCR.

Left 1, 2 or 3 (1.3 kb) fragments, each amplified from their respective parent template containing only either one of the three mutations, and thee Right 123 (0.6 kb) DNA fragment, used to add a second and common mutation to any of the 1rst mutations, were amplified by Fast & Steep PCR. 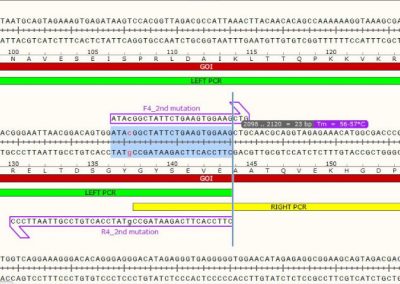 Overlap between Left and Right DNA fragments before OE-PCR

LEFT and RIGHT PCR fragments overlap each other by 23 bp. The overlapping region contains the second desired mutation in order to generate double mutants. The 23 bp overlap has an expected Tm of 57 °C. It’s important to design overlapping DNA segments having a Tm equal or greater than the Tm of external primers used for the OE-PCR reaction. 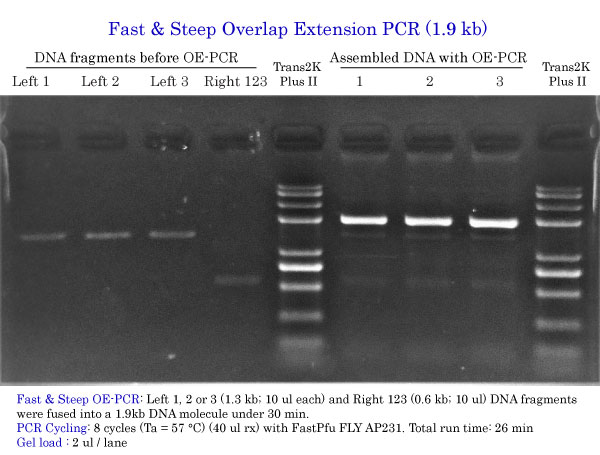 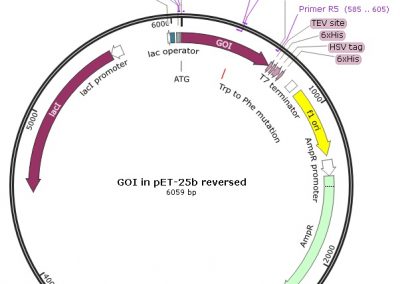 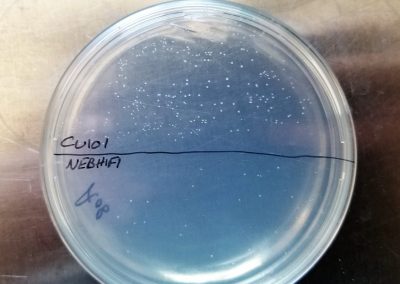 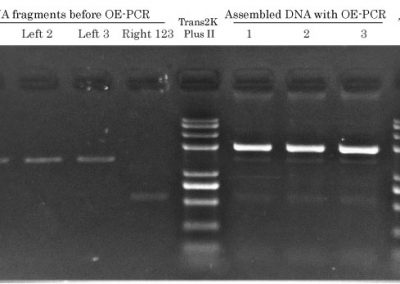 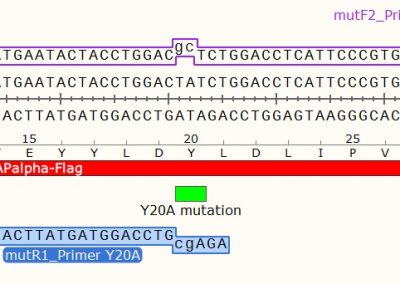