The researcher located at McGill University in Montreal contacted us to introduce Stop codons at specific sites using Site-Directed Mutagenesis. Each Stop codon has to replace a specific codon within the gene of interest (GOI). The GOI which is already cloned into a mammalian expression vector. At Civic Bio, we rarely use a site-directed mutagenesis strategy whcih consists in amplifying the whole vector (read PCR Success Story #16 for the difference between 2 workflows). We guarantee our work and also guarantee that no extra mutation will be introduced into the backbone vector.

To protect the research and privacy of the customer who paid for our Design, Single Site- and MultiSite-Directed Mutagenesis Services, the name of the gene of interest and researcher are held confidential.

The gene of interest (GOI) is over 2 kb long, 38% GC-rich, has many nucleotide repetitions and the whole plasmid is over 8 kb long. To complicate this project, no single-cut restriction sites are available anywhere either at the beginning, the middle or the end of the GOI.

*Fast & Steep PCR : this specific methodology will be detailed in a near future. The important thing to know is that the 5 to 8-cycle PCR step takes approximately 15 min for 1 kb fragments and nearly all primers are consumed during this short PCR. 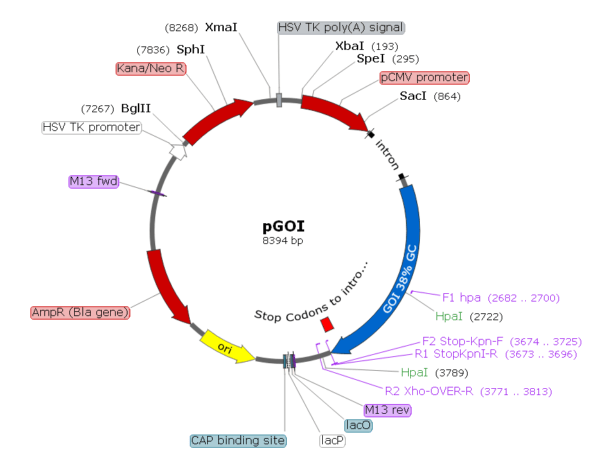 The Original WT Plasmid Map does not have Unique Restriction Enzyme sites anywhere near the desired Stop Codon Insertion sites.

The Hpa I sites located withing the GOI and after the original WT Stop codon was our only option. However, Hpa I creates blunt ends and won’t allow for directional cloning using restriction enzymes. 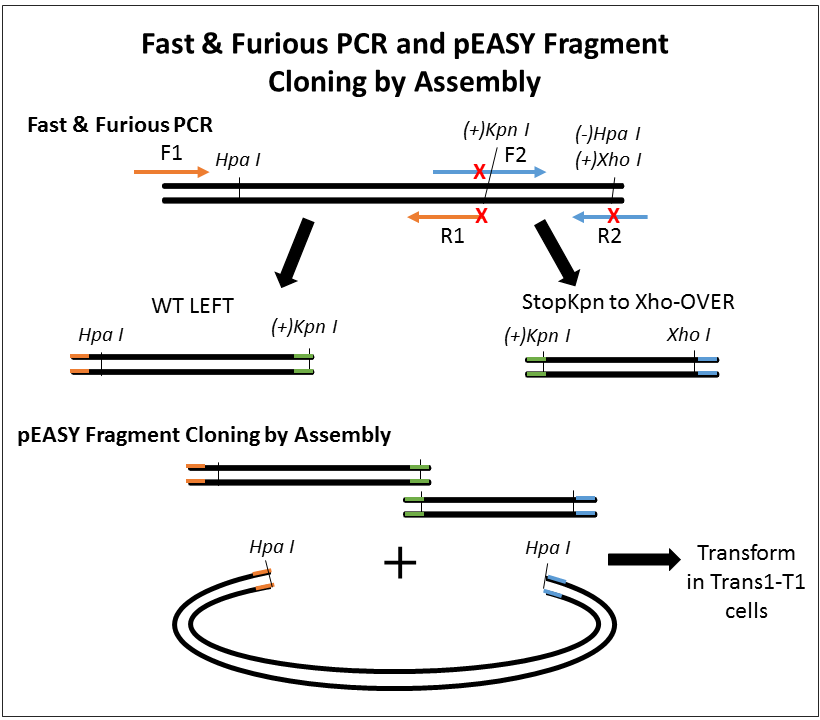 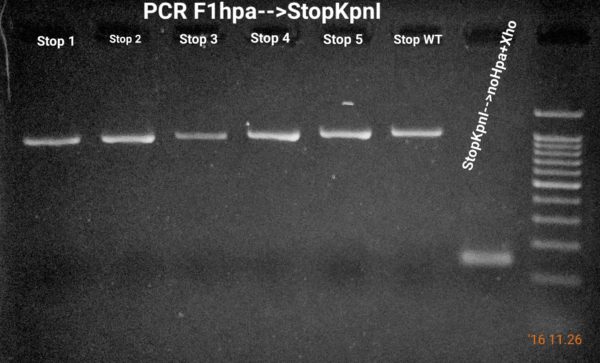 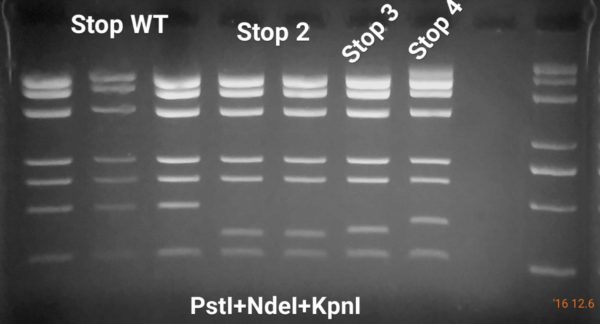 Plasmid DNA was extracted from 1.65 ml overnight culture of Trans1-T1 cells in LB-Ampicillin media at 37°C

Want us to Perform and Design your Cloning Project too?